Rebecca Hutchinson’s sculptural installations are influenced by the behavioral dynamics found in nature. Her upcoming exhibition at the Everson Museum of Art is focused on the themes of re-generation and observation of natural built systems. Re-Generation highlights Hutchinson’s cultural and environmental research on the industrial legacy of Central New York. Along with its salt mines, Syracuse also possessed massive deposits of soda ash, a material used in the manufacture of ceramics. These materials, in tandem with an influx of European immigrants with craft and material expertise led to the development of Syracuse China, which quickly grew into one of the nation’s largest dinnerware manufacturers.

Reflecting on the decline of the soda ash mining and the closure of Syracuse China, Re-Generation takes the form of large unfired paperclay vessels that will be installed in an inverted position, showcasing on the surface drawings of rare orchids that have evolved out of the polluted soil and are currently thriving in the Syracuse region. 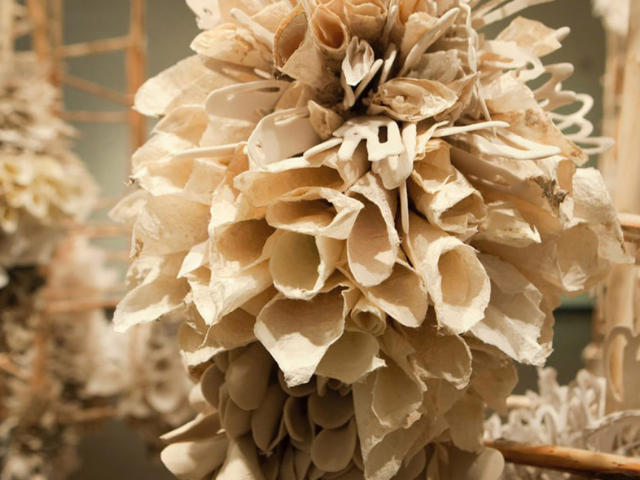